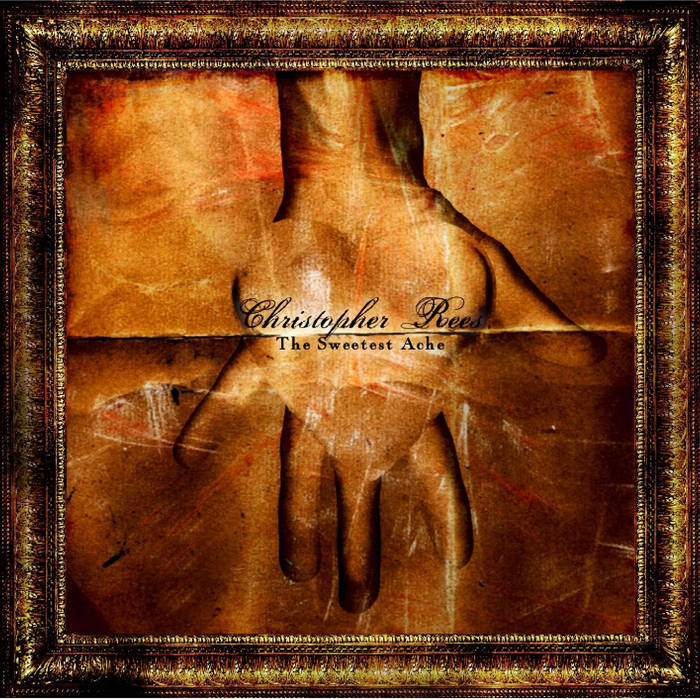 After being hailed by the NME as,” Seriously amazing stuff”, releasing the much touted ’Kiss Me Kill Me’ EP via FFvinyl, receiving a Welsh Music Award nomination for ‘Best Male Solo Act’ two years running, and making history by becoming the first act in over a decade to support former Velvet Underground legend John Cale, he retreated into the studio to hone his technical skills, refine his vision and self-produce the album he always wanted to make.

The Sweetest Ache is a sophisticated, emotionally charged, musically accomplished and uncompromising record that captures the passionate sensitivity and dynamic power of his songwriting together with his compelling seven piece band. Utilising the rich orchestral textures of instruments like cello, violin, double bass and a beautiful one hundred year old Steinway grand piano in the same arena as crashing drums, electrifying slide guitar, acoustics and wailing blues harmonica he has created an arresting and idiosyncratic sound that is distinctly his own.

Likened to such greats as Tim Buckley, Nina Simone, Kristin Hersh and John Cale as well as the sonic intensity of Godspeed You Black Emperor, and 16Horsepower, words and music often collide in an explosive and deeply rewarding manner.

As well as being endorsed by John Cale, he has won over fans in high places via support slots with former Jeff Buckley guitarist Michael Tighe and his new band The AM, Carina Round and Hopewell (Mercury Rev). He has performed 2 live sessions for Janice Long on Radio 2 and a couple for Radio 1’s Evening Session.

He has toured extensively throughout the USA and recently returned from a mind blowing trip to Haiti where he researched and recorded the intense rhythms of Voodoo drumming.

This is not the work of a naive newcomer, but a mature artist of true substance, a firm direction and honest, heartfelt conviction. His words are well lived and profoundly affecting, venturing places many fear to tread and touching something inside all who really listen.


WHAT THE PRESS SAID - THE SWEETEST ACHE

“It’s not easy to achieve noise metal god status accompanied by a cello but Christopher Rees makes an awesome, bloody fist of it. Pumped up and snarling but managing to wrench beautiful tunes out of the wreckage. This is seriously amazing stuff”.
(NME)

“Moody and magnificent”. (TIME OUT)

“A record so sonically powerful and epic in proportion it should be from U2 or Radiohead-or certainly their production budget. A record so cinematic it should be marketed as a Bond film. And a record so calamitous, Starsailor, Embrace and Muse should hang their heads in shame. One of 2004’s most ambitious and accomplished debuts”. (MAVERICK)

“The sort of pomp and circumstance that it’s ok to swoon histrionically to. The Sweetest Ache is roughly what Slint would have sounded like if they’d been opium-smoking tortured souls of the late 18th century. A Mammoth piece of musical vision”. (BIG ISSUE)

“Like Bob Mould joining Tindersticks and Godspeed You Black Emperor! in Valhalla. If only everyone had Christopher Rees’ way with a bad mood”. (NME)

“The first act from Cardiff’s FFvinyl imprint to really make your jaw drop. Frankly it makes many of todays over reverent Buckley clones sound rather wanting. A complete debut and a quite staggering feat”. (SOUND NATION)

“Could he be the bastard child of David Lynch favourite Angelo Badalamenti and musical misfit Tori Amos? These are seriously accomplished songs of a celestial nature, full of fired up ferocity and thundering strings”. (BIG ISSUE)

“Surrounded by up to fifteen musicians, nestling anything from soprano sax, trumpet, string quartet and a ‘massacred piano’, it’s evident that something different is about to happen. At times like this, I’m left thinking why the fuck do I put up with all the mediocrity that boasts of thrills and excitement but always fades away with the dawn? This puts so much out there to shame”.
(DROWNED IN SOUND)

“Christopher Rees is probably the only person in the musical world to end a set with a viola-trashing frenzy. Something the London Symphony Orchestra could do well to bear in mind for the future, perhaps”. (PLAYLOUDER . COM)